A Bit About the James Family

George James was born in 1806 in Herefordshire, England the second of five children born to George and Elizabeth Lewis James. He married Mary Probert on July 28th, 1842 in Eardisley, Herefordshire, England. They had 4 children in England prior to moving to Berea, Ohio in 1851; William H. 1843, George B. 1845, Eliza 1848, and Phillip 1850. After arriving in Berea, a daughter Mary E. was born in 1853, and sons Robert F. and Charles E. were born in 1857 and 1861 respectively. Unfortunately, young 3-year-old Phillip died in 1853, and was possibly buried in the Adams Street Cemetery.

In the 1860 and 1870 federal census records George was listed as a laborer, but no specifics were given. George died February 9th 1871 of consumption and was buried at Adams Street. His wife Mary died December 4th 1879 of typhoid fever and was buried with her husband in Lot 202. At an unknown time, George, Mary, and likely Phillip were moved to Woodvale section 6, lot 10 as quarry operations threatened the integrity of their Adams Street resting spot…. It is unclear if son Phillip was moved as well. 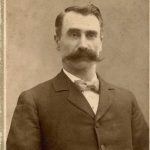 William H. James served in the 5th Ohio Sharpshooters, seeing action at Chickamauga. He survived and returned to marry Ella Benjamin of Brunswick on January 1st, 1867 and they had four children; Alberta, Edith, Carl Byron, and Roscoe. He was working for the railroad in 1870, and served as Berea’s postmaster from 1880-1885. In 1900 William was a telephone superintendent in Cleveland and had his grown children living with him. Mary, his wife, had died on July 23, 1899 in Cleveland, and William passed away in 1917 in Chagrin Falls. Both were interred at Woodvale in section 3, lot 3. Interestingly, their son Carl who had taught at Western Reserve University and had achieved success in the horticulture business, was murdered in Louisville, Kentucky on February 22, 1931. He and his wife had been out for a drive and offered a ride to two young hitch-hikers, who then shot him and stole the car. He William H. James left behind his wife and four children. Carl is buried with William and Ella in section 3. The guilty teens were apprehended later. 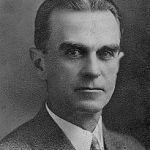 George B. James enlisted in 1861 with Company E of the Ohio 1st Light Artillery, and then served in Company G of the Ohio 41st Infantry being discharged in 1865 in San Antonio. He married Miss Alice Smith in 1867 upon his return, and had two daughters. He was listed as a driver on the Berea Horse Car Street Railway in 1876, and as a farm hand in Middleburg Township in 1880. He passed away in 1888 and is buried in section 4, lot 3 at Woodvale.Eliza James married farmer Isaac Hardy from England in 1867 making their home in Middleburg Township. They had one daughter in 1868, and Eliza passed away in 1889 at age 51. She and Isaac are buried in section 1, lot 3. Mary James married Jonathan Henry in 1872 and moved to Cleveland. He was employed as a carpenter and they had one son, George. John Henry died in 1932, and Mary died in 1934. Both are buried at Woodlawn in section 6, lot 10. Robert F. James never married, and was living in Oklahoma in 1900-1910 engaged in farming. He died in Oklahoma in 1920 and is buried with his parents in section 6, lot 10. The youngest child Charles E. James married Eva McKay in 1893 and had two children. He was employed as a street inspector in Cleveland in 1900, and was working for the steam railroad in 1920-1930. They retired to Florida where he passed away in Palm Beach in 1937. He is not buried at Woodvale. It was noted in Men of Grit and Greatness that both Robert and Charles played in the Berea Band in the 1880s. 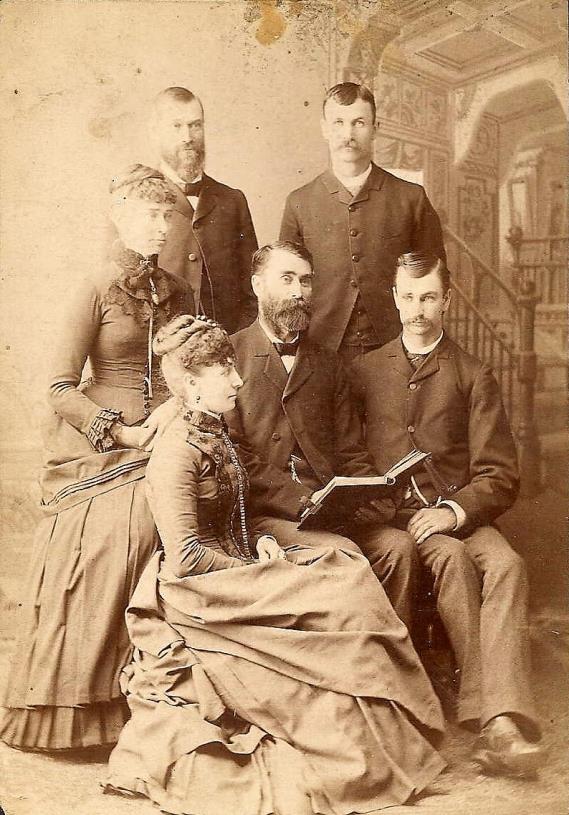